Public school parents are not happy with the Department of Education over their current school safety protocols.

Last night at the Community Education Council (CEC) District 24 meeting at PS/IS 119, parents criticized a DOE rep for not addressing their concerns or answering their questions.

Maurice Lindsey, the borough safety officer with the Office of Safety and Youth Development, spoke about his role in developing school safety policy. But he did not answer any questions, often saying “I can’t respond to that.”

CEC 24 members proposed additional measures, such as locking all school entrance doors from the inside, placing armed police officers at each building and installing a video surveillance and buzzer system. Parents agreed with that approach.

For nearly an hour, parents went after Lindsey, asking the CEC even brought him to speak when he couldn’t answer any questions.

“No disrespect, but why is he here?” screamed one parent  “Mr. Lindsey has no idea what he’s saying.”

“We’ll have another Parkland if nothing is done.”

The three-hour meeting concluded with parents walking out, frustrated.

Join local parents of the school district on Tuesday, March 27 at 7 p.m. for the Community Education Council (CEC) for District 24’s monthly meeting.

They will discuss school safety and security measures, an important topic given the recent shooting in Parkland, Florida.

The guest speaker for the night will be Maurice Lindsey, borough safety director for the Office of Safety & Youth Development.

With the impending nor’easter set to blast New York City with 4 to 8 inches of snow, the Department of Transportation and Department of Sanitation are taking precautions.

Alternate-side parking regulations will be suspended on Wednesday, March 7 and Thursday, March 8 to facilitate snow operations.

Payment at parking meters will remain in effect.

Head to the Windjammer at 552 Grandview Avenue for the grand opening of The Ridgewood Bazaar!

Every Sunday from March 11th through December 9th the bazaar will feature a wide range of vendors. Each vendor will be showcasing their wares, including handmade items, vintage clothing, collectibles, food, tarot readings, records, hair and skin care products and more. 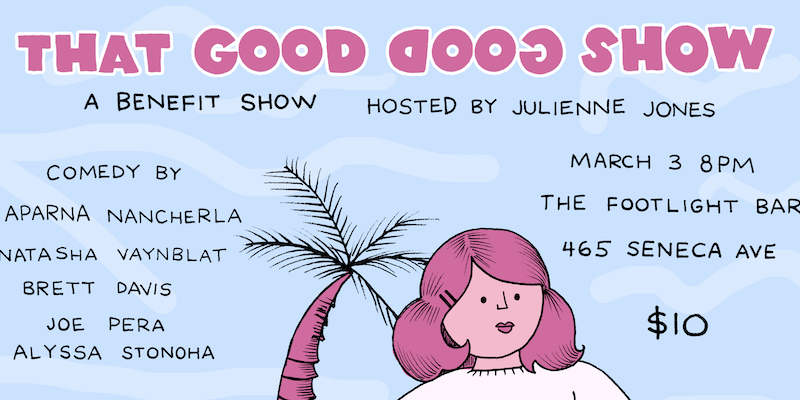 On March 3rd, That Good Good is a night of comedy and music where you can laugh, cry, and drink, and walk away knowing that you contributed to something good. For the March edition of That Good Good, all proceeds will be going to Everytown for Gun Safety. Founded by former mayor Michael Bloomberg, Everytown for Gun Safety is a nonprofit organization which advocates for gun control in the United States.

Hosted by Julienne Jones, the night will feature several of your favorite local comedians including, Aparna Nancherla, Joe Pera, Natasha Vaynblat, Brett Davis, and Alyssa Stonoha to name a few.

Musical accompaniment will be provided by Theda Hammel, Devon Yesberger, and Joy Elysse. Josh Roberts and Nick Marks will also be performing a jazz compilation.

Head to the Footlight Bar at 456 Seneca Avenue at 8 PM for a great night out while supporting a worthy cause.

Tickets are $15 for reserved seats and $10 for general admission. For more ticket information click here!